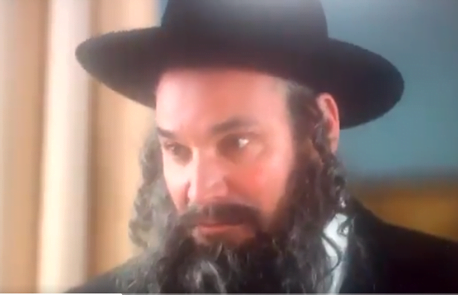 TORONTO – B’nai Brith Canada calls on the producers of a Canadian medical drama series to apologize and take action on inaccurate and offensive stereotypes against Hasidic Jews in a widely aired episode of their show.

In episode 8, season 1 of Nurses, produced by Toronto-based ICF Films, Entertainment One and Corus Entertainment, a young Hasidic man and basketball player named Israel suffers from a serious leg injury. Hospital staff tell him that a bone graft to a dead body is his only hope for a cure, in which case he refuses. The character’s father then opposes the prospect of receiving a transplant from “goyim”, non-Jews, a woman or an Arab.

TO SEE THE DISTURBING CLIP IN QUESTION, CLICK HERE

In fact, when a Jew receives a transplant or an organ donation from a dead person, under Jewish law, the fact that the donor could be a non-Jew, a woman, an Arab or even another Jew doesn’t matter. According to traditional Jewish law, saving a life takes precedence over all other religious considerations and commandments.

B’nai Brith’s view is that this inaccurate plot perpetuates false and dangerous anti-Semitic stereotypes about Jews – Hasidic and Orthodox Jews in particular – hating women, Arabs, or non-Jews in general. The organization has written to three companies responsible for the production of the show, demanding an apology, factual correction and the removal of the disputed episode until changes can be made.

Nurses have recently gained more interest and attention due to their broadcast by NBC in the United States.

“The disturbing stereotypes in this episode of Nurses are deeply damaging to Jews, especially Orthodox practitioners,” said Michael Mostyn, CEO of B’nai Brith Canada. “We call on producers to act responsibly and take responsibility for this outrage.

“All of this could have been avoided if the producers had thought to consult members of the Orthodox Jewish community before portraying them in this false and defamatory light. “

B’nai Brith’s audit of anti-Semitic incidents for 2019, the latest year with complete data, found 2,207 acts of violence, vandalism and harassment against Canadian Jews in 2019, the highest number on record and an increase of 8% compared to 2018.

The past two years have also seen an unprecedented wave of attacks against Orthodox Jews, particularly Hasidic Jews in the New York area.