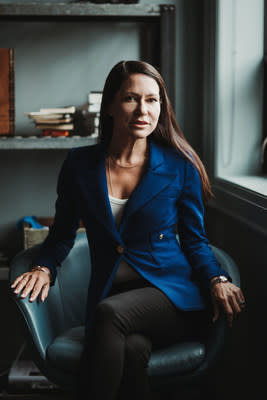 TORONTO, July 15, 2021 / CNW / – Canadian filmmakers and executive producers Elliott Halpern and Elizabeth trojian from the Toronto-based production company Yap Films received individual nominations for “Outstanding Documentary or Documentary Series -2021” as part of the PBS THIRTEEN American Masters Series nomination, in recognition of their critically acclaimed film “How It Feels To Be Free”, directed by Yoruba Richen, one of the ten great documentaries of the American Masters being recognized with this nomination. The other nominees are the executive producers of How It Feels To Be Free Alicia Keys, Lacey delgado schwartz, Mehret Manfredo, Michael Kantor, executive producer of the American Masters series and Julie Sacks, producer of the series.

Halpern and Trojian are incredibly proud that the Canadian-produced documentary is receiving such honor at the Emmy Awards. “Making such a complex and important film during the pandemic presented incredible challenges, but with Yoruba in the lead, we all came together to create a film that presents the untold stories of these incredible women to a large audience,” said Halpern. Trojian added, “We are honored to be in the company of the incredible independent filmmakers who have contributed through their work to this American Masters season.”

The documentary takes an unprecedented look at the intersection of African American female artists, politics and entertainment. It tells how six pioneering artists, Lena Horne, Abbey Lincoln, Diahann Carroll, Nina simone, Cicely tyson, and Pam grier, have changed American culture through their movies and their fashion, their music and their politics.

Yap Films
Founded by Elliott Halpern and the end Pauline duffy in 2002, yap films was a well-respected independent production company specializing in high-profile, entertaining, original documentaries and fact-based series on a wide range of topics for broadcast and cable networks in North America and internationally.

What it feels like to be free
How It Feels to Be Free is produced by Yap Films in association with American Masters Pictures, ITVS and Chicken & Egg Pictures. Investment support provided by the Rogers Cable Network Fund. Produced with the participation of Ontario Creates – Ontario Film and Television Production Tax Credit and Canadian Film and Video Production Tax Credit. Production support provided by Black Public Media.