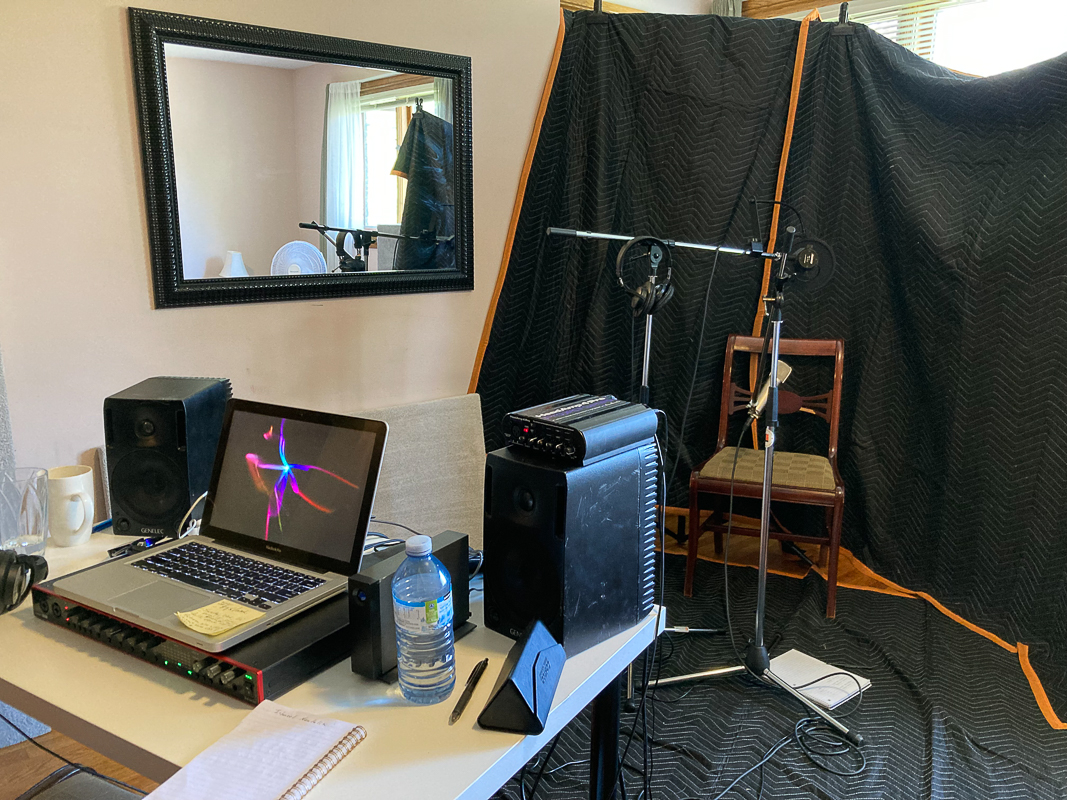 From September 2 to 9, artists from the North collaborated with professionals from the local industry to produce music, music videos and conduct musical workshops.

Shauna Seeteenak, a hip-hop and R&B artist from Iqaluit, said the camp was her first opportunity to work with others in person since the start of the COVID-19 pandemic.

“We haven’t really worked with other people over the past year during the pandemic,” Seeteenak said. “It’s nice to get together and refreshing to be able to learn new things or get ideas from a different person rather than just working on things on your own. “

Jocelyn Arreak, a rapper based in Pond Inlet, Nunavut, who performs as Aocelyne, said she had not worked in person with her colleagues at Hitmakerz since the start of the pandemic. Seeing his colleagues for the first time since 2019 was refreshing, Arreak said.

According to Thor Simonsen, CEO of Hitmakerz, the development camp took place because the Igloolik-based artist Angela Amarualik wanted to connect with songwriter Chris Burkett. Since Burkett lives in Toronto, Amarualik lives in Nunavut, and Hitmakerz had three more albums to make for his six artists, Simonsen said they decided the best solution would be to meet in central Ottawa.

This decision led them to a mansion in Nepean large enough to house everyone involved in the camp.

With everyone involved fully vaccinated, Simonsen said they were not only able to avoid robbing producers and artists across the country, but also managed to produce four full albums, a music video and songs for other albums.

Seeteenak said the event allowed her to connect with new artists, as well as meet artists she had worked with before, including Jacob Okatsiak, a rapper from Arviat, Nunavut.

“We chose our names in a hat [to collaborate] and I felt like it was meant to be, ”Seeteenak said. “It was a really great experience to be able to connect with him.”

Meanwhile, Arreak used his time at camp to shoot a music video for his song. I would like to be a king which featured all the other artists of the mansion. She said camp taught her more about performance.

“I have to get used to playing for three hours without getting tired,” Arreak said. “So I’m working on that a bit. I love it, it’s my favorite thing to do.

Simonsen said working in Nunavut presents its own set of challenges, such as not having access to a wide range of studios and other artists.

“There isn’t a lot of music infrastructure and that sometimes creates challenges,” Simonsen said.

He added that these challenges make it difficult for northern artists to learn the business side of the music industry and promote northern culture through their music.

The professional development camp offered artists the opportunity to cultivate the culture through music and the use of their language. Seeteenak said writing music has helped her reconnect with Inuktitut.

“My mom wanted to teach me English so that I could be successful in my life and career,” Seeteenak said. “I grew up around Inuktitut, but I’ve never been pressured to speak it, so I’m not fluent in my language. I wanted to be able to relearn it and learn more by writing songs.

Joey Nowyuk, an artist from Pangnirtung, Nunavut, also said his music helped him connect with Inuktitut when he was a teenager.

“I always wanted to write [music] in Inuktitut. I wrote in English and always wished [Inuktitut] was that simple, ”Nowyuk said. “It’s pretty simple now. Now I find it so much harder to write in English.

Nowyuk spent his time at camp recording an album of covers of Inuit folk songs alongside producer Dale Penner.

“These are songs that I grew up listening to that are pretty well known in the North,” Nowyuk said. “When I started playing music, I always liked playing with friends or other people, singing those songs that we already knew. It was always fun and I always wanted to [cover them]. “

Simonsen said he was excited to see what would result from the new connections he and the other artists made during the weeklong camp.

“We have certainly met a lot of new people with whom we are very happy to work more in the future,” said Simonsen. “We’re just trying to make great music and bring the Grammys to the Arctic.”