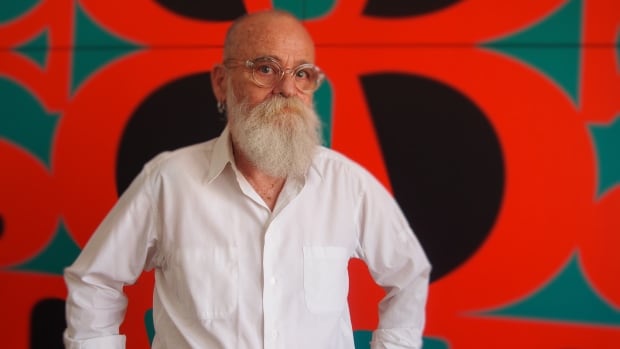 Why Berlin is an attractive home for Canadian artists

AA Bronson: We moved here eight years ago on Valentine’s Day 2013. I was invited to participate in something called the DAAD Artists-in-Berlin Program (German: Berliner Künstlerprogramm des DAAD), which is a scholarship program through which they invite artists to come and live and work in Berlin for a year. They provide you with a studio and allow you to bring your family, whoever they are. It is an incredible program.

I think Berlin is the first place in the world for an artist. It’s better than New York, better than London, better than Paris – and it’s also cheaper than any of those places.

My first visit to Berlin dates back to 1983. [The artist collective] General Idea was invited to participate in an exhibition titled Ah Canada!, I think. What a horrible title! (Laughs) The Berlin Wall was still being erected at that time, and we chose to drive to East Germany. We went through the wall and through East Berlin, then we went through the wall into West Berlin. It was one of the scariest experiences of my life. I have never seen so many soldiers with machine guns, looking very hostile. But that’s not what Berlin looks like today. It has changed so much.

There are around 180 artist-run spaces in Berlin. This is more than there are in all of Canada. I mean, Canada doesn’t have much to offer in the art world. The only way to be an artist in Canada is to be represented by a fairly powerful gallery outside of Canada. And when artists get to a certain point in their artistic life, they leave. I was talking to a young woman in Berlin, a Canadian artist who has been here for almost 10 years. She graduated from Emily Carr University of Art and Design in Vancouver. She said that every year all of Emily Carr’s top students immediately packed up and came to Berlin. You can come to Berlin and have an exhibition within the year. You can’t do that in Vancouver.

For all artists it is possible to be much more relaxed here, as all the systems are in place to be an artist. The atmosphere is there to be an artist. Art supply stores are everywhere. You have access to support people, such as coaches. If you want someone with some pretty obscure skills like a stonemason, all those old East German craftsmen are here. There is so much you can do without having to jump through the hoops you have to go through in North America. A few days ago, I went to an otolaryngologist to have my ears cleaned. As she cleaned my ears, she said, “How’s your artistic career going?” I didn’t even know she knew I was an artist, but she knew a lot. It’s funny. Artists are part of the social fabric in Germany. These are not strange aberrations, as they are in Canada. It’s okay to have artists in your company – and that’s seen as a plus, not a drawback.

As told to producer Vanessa Greco. Edited for clarity.