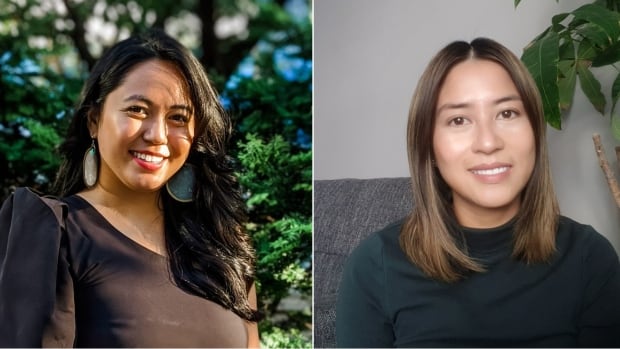 Two Calgary Filipinos say they’re fed up with how Alberta and Filipinos are portrayed in popular TV sitcoms. So they decided to create their own show.

Informed by a series of 10 creative co-lab sessions to help them better understand what it means to be Filipino in Alberta, Karla Villanueva Danan and Sheena Manabat are developing a distinctively Filipino-Canadian TV show based in Province.

The project is supported by a grant from the Canada Council for the Arts.

“We wanted to delve into community stories and our Filipino families, specific to Calgary, specific to the Alberta experience,” said Danan, who grew up in Calgary and now lives in Toronto.

While the show is still in its early stages of development, the co-creators say it will fit into the comedy space and draw inspiration from Jane the Virgin, Insecure and Philippine television dramas.

The importance of representation – on and off screen

Danan quotes Working moms and Young Rock as examples of shows where Calgary and Alberta are not accurately represented.

Through these shows, the world sees the province as a slow, blizzard-filled place with nothing to do, they say. But that’s not a good representation of how they see and know the province.

Instead, they want to see authentic, funny stories that Albertans can relate to on their screens.

But Danan says the on-screen representation isn’t enough if people in those communities aren’t contributing to the narrative behind the scenes.

“It’s like, OK, is it really representative if this story is always told by white producers, white executives, white directors – people who don’t have the point of view of our community?”

The co-creators say their ultimate goal is to help transition to narrative wholeness from narrative scarcity – “the reality we have lived in for so long where no story concerns us, or the stories about us aren’t. good, ”says Danan.

Challenging the story of not being Filipino enough

The series of 10 creative co-lab sessions, aimed at better understanding the unique perspectives of the Filipino-Canadian identity, will officially launch on November 10.

The co-creators say they named the series Pretty Filipino based on the idea that many Filipino-Canadians have been told that they are not Filipino enough not to be born in the Philippines, speak the language, eat the food and more.

The first three sessions will cover the themes of what makes a Filipino, the roles Filipinos play and what the queer experience of Filipinos means.

Frederick Fernandez, a Calgary-based musician, says he was excited to sign up for the first session to further explore the ways he was taught he wasn’t Filipino enough.

He says that not being able to speak Tagalog, as well as pursuing a career that does not meet the expectations of being an engineer, doctor or nurse, plays into this feeling.

“I think the biggest part of it is just knowing that people feel the same. You know, it’s not just a handful of us – it’s more people than we think,” Fernandez said.

Registrations for the first three creative co-lab sessions are closed, but the final seven sessions will run until 2022.